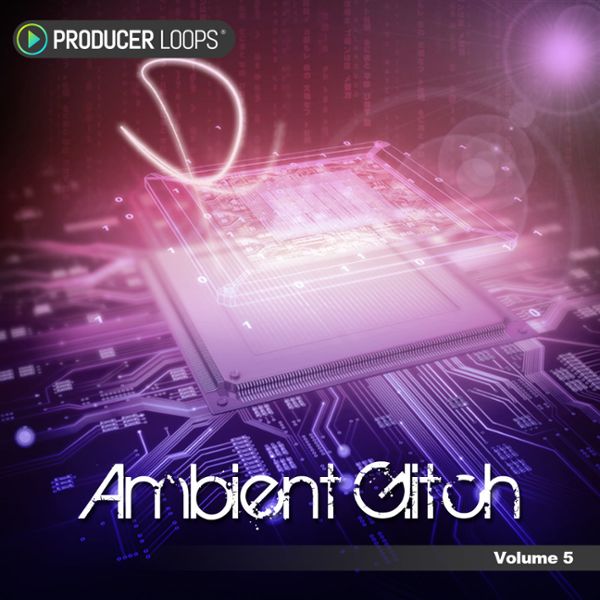 After finishing the third volume of the 'World Tek' series last fall, he was eager to get back to bending synth sounds, distorting some guitars & basses, and layering up some heavily tweaked beats for this fifth volume of the "Ambient Glitch" series.

Includes a choice of ACIDized WAV, Apple Loops, REX or a Reason ReFill, all recorded in pristine 24-Bit quality.

He has also released another nine loop sample sets independently with Todd Milne, with whom he co-founded Perimeter Sound Arts, as well as the 'World Tek' series and 'Experimental Dubstep' series on the Producer Loops label, the three-volume 'Dance Glitch' series, and of course the 'Ambient Glitch' series, volumes 1-4.

"...In the end, I didn't hardly even think about making anything 'glitchy'. The style has evolved enough to where occasional little repeats, ghost hits, and artifacts from compression/distortion are just second nature now. If there's such a thing as "natural glitch", then I think this is one step closer to it and hopefully these new loop sample sets find you thinking less about the glitch, and more about how much better and more interesting your tracks sound with a little AG flavour added to them."

Torben Hansen for making such a grooving MP3 demo.