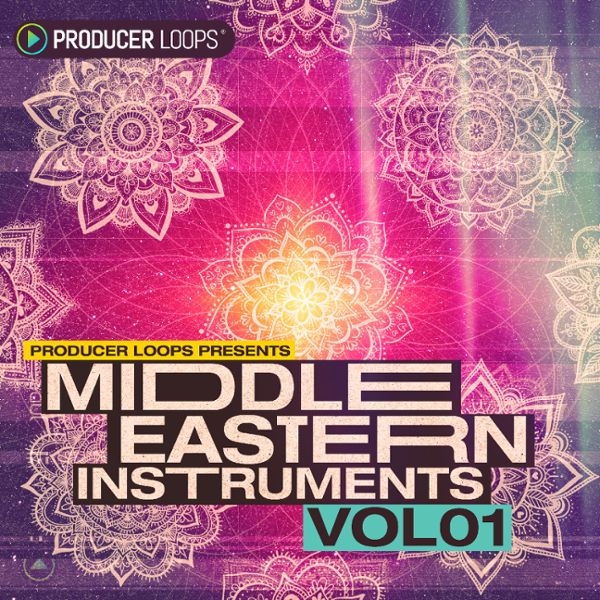 Use these samples to sculpt an authentic Middle Eastern soundtrack for film and television or get experimental and set your commercial releases apart from the rest.

The only limit for these samples is your imagination.

Use the Adlibs to add a touch of mystique to your tracks or embrace the Middle Eastern sound by deploying one of the looped riffs into your production.

The Producer Loops team recorded these unique instruments on location in the Middle East, capturing every nuance of each instrument and utilising the talents of three incredibly skilled traditional musicians.

The Setar is a stringed instrument used in Folk and Classical music throughout Iran.

The drone string on the Setar adds an almost hypnotic quality to the sounds produced by this traditional instrument from the lute family.

The Iranian Tar is a close cousin of the Setar but has a fuller presence due to its three drone strings.

The figure-of-8 shaped sound bowl on this instrument gives it a resonance like no other.

The wind instrument heard within the demo is the Ney, a flute which is popular throughout all regions of the Middle East.

Pair a simple drum beat with a Ney loop and you'll instantly transport your listeners to a souk. This is the quintessential sound of the Middle East.

These instruments were recorded live, in all their glory, so this pack does not include MIDI files.

The 'wet' files contain all of the effects processing heard in the audio demos, meaning you can just 'drag and drop' to instantly get your track up and running.

'Dry' files are also included, allowing you to create your own effects mix.

This sample library also comes with unlooped/tail versions of the wet files, allowing you to end a phrase with the decay of the reverb/delay applied to the loop, another "Producer Loops" exclusive product feature.

All recordings sold in Middle Eastern Instruments are 100% royalty-free, meaning you can use these sounds in your commercial and non-commercial recordings without any further costs.