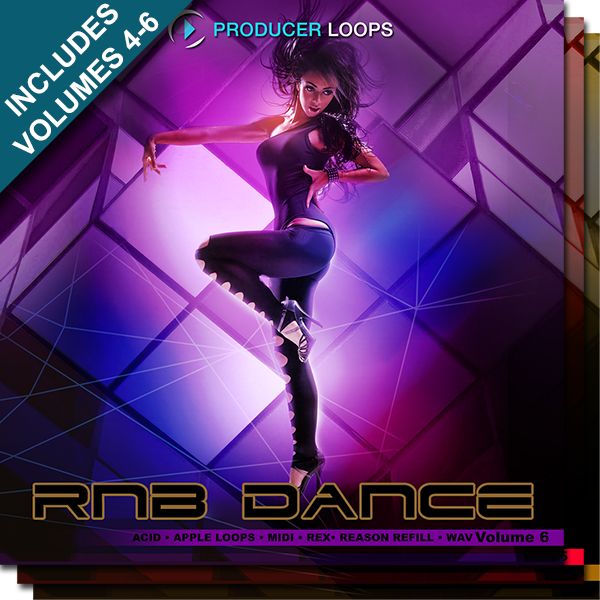 brings together the last three volumes of this huge hit-making series from Producer Loops, bringing you FIFTEEN awesome Construction Kits inspired by one of the hottest genres in the charts today.

Combining smooth RnB progressions with the high energy, club-shaking sounds found in Dance music, 'RnB Dance Bundle (Vols 4-6)' is a hugely versatile multi-format library that's set to fuel your next chart-smashing hit and is sure to get the crowd pumping!

So check out the MP3 demos to hear the cutting-edge sounds on offer, and read on to find out more about the complete feature set of this pack.

Where possible, dry and effected versions of loops are included, allowing you to create your own FX mix if you wish. Of course, you can still just drag and drop the wet versions to get the same FX mix as heard in the main demo mix above.