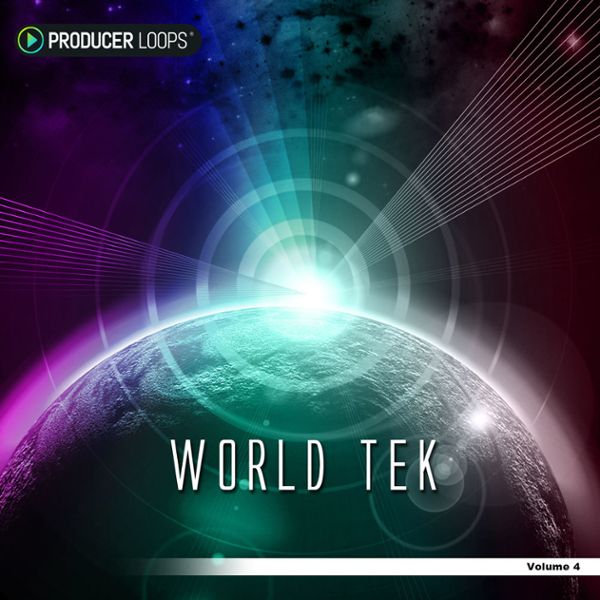 'World Tek Vol 4' reboots this best-selling series at high speed, with tons of drums and a more up-to-date feel.

Featuring faster tempos (most in the 120 to 140 BPM range) and triple the number of beats, this is a new 'World Tek', for producers who mix in different genres and want more meat on the bones.

With nearly three times the number of beats as previous collections, this Volume is all about helping add that World Fusion sound to your tracks.

Various hand drum styles, along with some bassier parts and even a few effected beats for the more daring producer.

The synths, basses, FX, and percussion are still included, but they take a backseat to the modern tempo beats. You'll find plenty of new grooves throughout, along with those familiar 'World Tek' vibes.

About the production process Jeff says :

"After deciding what direction to go for in making 'World Tek 4', it was time to bring the sounds to life. For the beats, a handful of Reaktor ensembles were modded and some old sequencers and tricks were used. The amount of various sound sources and gear used is obvious in the demo. The biggest breakthrough though, was probably just coming up with some new rhythms to explore.

The synths needed a little more modern flavour without being over the top, so of course I ended up making a new soundset for my favorite synth and using mostly those patches. Fewer notes seemed to make for a bigger impact and deeper groove when I was putting the Demo together.

As far as FX went, I tried to keep it on the subtle side. Some loops have a little bit of reverb or chorus on them, but you'd be hard pressed to really notice it, as I did not want it to get in the way of anyone else's music later on.

All in all, 'World Tek Vol 4' now has way more beats and just more loops overall than previous Volumes. At the BPM modern music requires, for the same low price. How can you go wrong?"