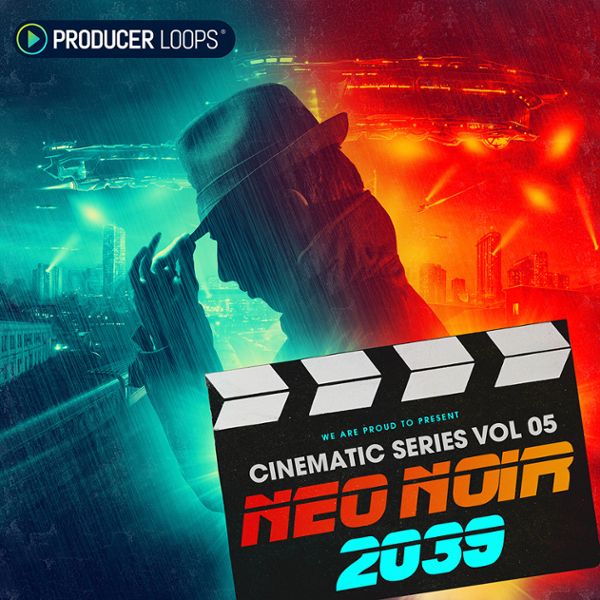 Featuring a professional voiceover, six mini Construction Kits and a selection of inviting SFX, this is an exemplary collection of aural delights geared towards soundtrack composers and experimental producers alike.

As ever with the 'Cinematic Series', sound design is key.

Many months of planning and studio time was dedicated to re-imagining, rather than emulating the synth-laden soundscapes of a dystopian Los Angeles.

While this product is undoubtedly inspired by the works of Vangelis, Zimmer & Wallfisch, it is also a tour de force from Producer Loops producer and 'Cinematic Series' pioneer, Lhasa Mencur.

Lhasa Mencur is a composer and sound designer for interactive/visual media, with a particular passion for games and virtual environments.

"Going into the creation of this library, I wanted to try my best to pay homage to the original "Blade Runner" film, with its iconic synth-laden soundtrack that redefined the relationship of soundtrack and visuals in cinema - while at the same time taking a step into current day modalities. I was also conscious of the release of the latest sequel and its far more modern approach to the aural palette. I didn't want to try and emulate either film but rather focused on capturing the timeless melancholia of the universe and genre "Blade Runner" first defined." - Lhasa Mencur.

While every effort has been made to provide MIDI files for all Kits, please note that due to the analogue nature of this product, certain production elements do not have an accompanying MIDI file.

All loops are royalty-free to those who have purchased the product. Commercial use of the five original compositions "exactly as they are in the demos" is forbidden, though. One has to make "new music" using our loops to act in accordance with our license agreement.