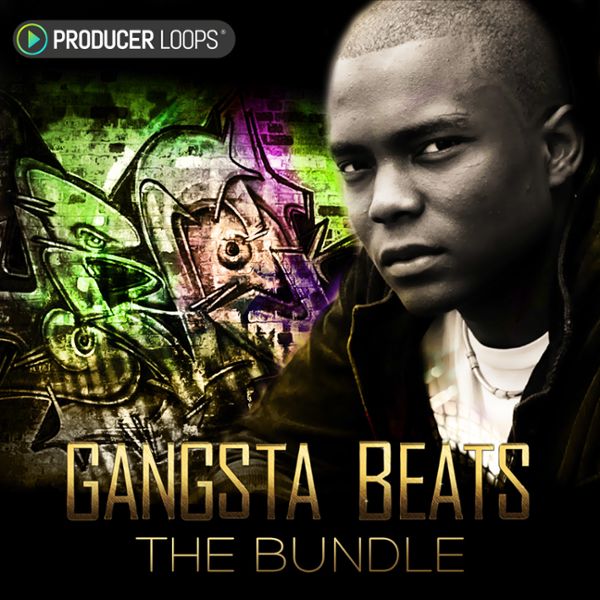 brings you the complete 'Gangsta Beats' series in one immense product, featuring no less than 30 cutting edge Urban Construction Kits, complete with enough one shots and MIDI files to satisfy even the most demanding Hip Hop producer.

The 'Gangsta Beats' series has been one of our most successful series to date, and set the standard for Urban and Hip Hop Construction Kits; mean enough to give you street cred, but slick enough to get you airplay.

With features such as MIDI loops for each kit, one shots for beat programming and ReFills, each installment was a masterclass in the genre.

Now you can own it all, with 'Gangsta Beats Bundle (Vols 1-3)'. This pack is truly a powerhouse of Urban production, with 30 bottom heavy Construction Kits ready to rumble the streets and rock the clubs.

The 'Gangsta Beats' series was among the first to give Urban and Hip Hop producers MIDI data to accompany their Construction Kits, and you'll find no shortage of them here.

Assign these MIDI loops to your favourite synths and samplers, then edit and chop them to create fresh new content to compliment the existing material.

What's more, you can play these phrases back at any speed or pitch without having to use time stretching.

This bundle also includes one shot percussive samples, allowing you to build your own drum kits and create new beats, fills and variations to perfectly match the pre-rendered content.

Where possible we have also included Effect Tail loops, which allow you to end a phrase using the reverb and/or delay tail heard in the FX mix. This is often a better alternative to fading out, or ending abruptly.

As with every Producer Loops release, 'Gangsta Beats Bundle (Vols 1-3)' is available in a range of formats, including:

Whatever your platform, or host sequencer, you can download only the format right for you by simply using the drop down menu below.